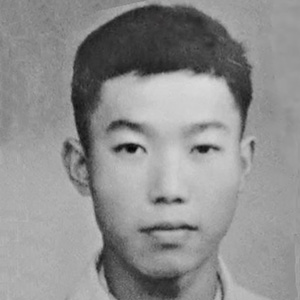 Zhang Jiuneng, a student of Northwestern Polytechnic University, dropped out of school in 1964 after his close classmate was designated as a “reactionary student” and sent to a labor camp. He returned to his hometown of Changsha in Hunan Province.

In August 1968, the draft of this treatise, titled “Rise up and strive for the creation of an alliance for human rights” was discovered by the Hunan authorities. At that time factional fighting during the Cultural Revolution was raging on in Hunan and a few bullets that his relative brought to his place were found and used as evidence of his crime. Zhang was arrested.

On December 12, 1969, Changsha authorities charged him with “Conspiracy to organize counterrevolutionary cliques, illicitly hiding bullets, and plotting banditry” and sentenced Zhang to death but offered him a two-year reprieve. He served this reprieve at a Laogai factory until March 1970, when the authorities accused Zhang of “refusing to admit guilt” and “insisting on his innocence.” Zhang’s sentence was changed to “death penalty with immediate execution."

In 1981, Zhang’s death was declared by the authorities to be a case of wrongful execution.