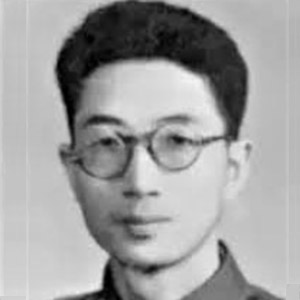 Lu Ying, a native of Anhui Province, was an aesthetician. He had been the department chair of the Department of Chinese at Shandong University when, in 1952, he left that post to become a translator in the People’s Literature Publishing House in Beijing.

In 1955, the Communist Party arrested the scholar Hu Feng for having challenged their notions of using art to serve the goals of the state and began a nationwide suppression of the alleged members in a so-called “Hu Feng counterrevolutionary clique.” At the joint meeting of the National Cultural Federation and the Writers’ Association on May 25, after Guo Moruo, chairman of the National Cultural Federation, declared that "counterrevolutionary elements such as Hu Feng must be suppressed," Lu Ying took the podium and said, “In my view, Hu Feng’s objections are not political in nature but scholarly. He is not a counterrevolutionary.” For making these statements, Lu was taken into custody by the Public Security Bureau and placed under house arrest for a whole year.

Later, during the Cultural Revolution in 1966, Lu was accused of being a covert member of the Hu Feng counterrevolutionary group and arrested. He was taken to the Liangxiang Laogai Farm in the suburbs of Beijing and then transferred to the Qinghe Laogai Farm in October 1968. During his two-and-a-half years of hard labor, he was beaten, tortured, not permitted to bathe or shower, and not given a change of clothes.

On March 5, 1969, Lu Ying died. His friends wrapped his body with a reed mat and buried him in a shallow grave. His tombstone was half of a brick with his name written on it in chalk.