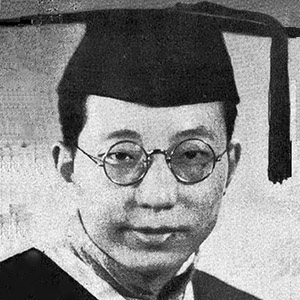 Xu Zhangben, a native of Changsha, Hunan, was a professor of physics at Tsinghua University who had studied abroad in the United States. In May 1955, he had chosen to resign his position at Caltech to return to China. During the Campaign for the Free Airing of Views in 1957, Xu said at a professor’s symposium, “I suggest that the use of Marxism-Leninism as our guiding ideology be abolished.”

Xu persisted in his views even after the CCP launched the Anti-Rightist Campaign. He published the “Labor Party Launch Manifesto” that called for an end to the one-party dictatorship of the Communist Party. It further stated that China should have a constitution that guaranteed freedom of speech, thought, association, assembly and person and that the army and police should serve the whole citizenry of China.

In December 1957, Xu was arrested and sentenced to 15 years in prison. He was incarcerated at Beijing Municipal No.1 Prison until October 1969, when the Sino-Soviet tension intensified and he together with many other Beijing prisoners were transferred to the Handan City Prison brick factory in Hebei Province. Less than a year later, he and nearly 1000 other Beijing prisoners were relocated to the newly built Quzhou County Laogai Farm.

Even after completing his 15-year sentence, Xu was not allowed to go free but continued to be detained at the camp via forced job placement. It was not until 1975 that he was finally permitted to leave the camp as part of a general amnesty for former KMT officers that included some professors; however, this amnesty did not include permission to return home. With their fate still uncertain, Xu and the other amnestied prisoners had to live in a barracks and bide their time.

Eventually, Xu’s son was able to approach Qian Xuesen, an alternate member of the CCP Central Committee and a one-time friend of his father for help. As a result, Xu was finally able to return to his home at Tsinghua University in March 1979 after more than 20 years.