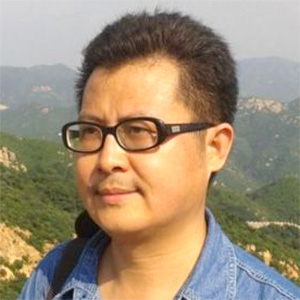 Yang Maodong, pen name Guo Feixiong, was from Gucheng County, Hubei Province. He once taught at a university, operated a private publishing business, and later became an author.

In July 2005, as a legal consultant of a Beijing law firm, Guo went to Guangdong Province to participate in civil rights protection work. On the evening of September 13, he was detained by the Panyu Public Security Bureau in Guangzhou and tortured. He was released more than three months later.

In 2006, Guo Feixiong supported international NGOs that were investigating the truth about the government’s persecution of Falun Gong believers. He was followed and beaten up.

In August 2006, Guo Feixiong was arrested for participating in a relay hunger strike. In 2007, the authorities sentenced Guo to five years in prison for "operating an illegal business." During his imprisonment, Guo was tortured with electric shocks applied to his genitals.

On August 7, 2019, Guo Feixiong was released from prison and resumed his advocacy of civil rights. As a result, he was placed under house arrest, subject to constant surveillance by the authorities, and has been forced to retreat from public life.