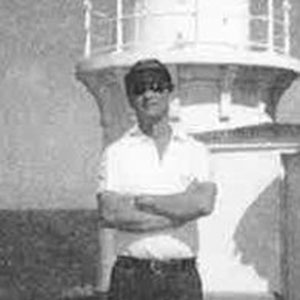 Ye Shaohua is a Fujian native and once worked on Hainan Island. He wrote a letter in September 1961 to his uncle who was doing business in New York, in which he said that he wanted to go abroad and reunite with his uncle’s family. As a result, Ye was arrested the next month. He was charged with "active counterrevolutionary" for "collusion with overseas enemies" and sentenced to 15 years in prison.

He was sent to the Xinsheng(New Life) Material Factory in Ding’an County on Hainan Island to serve out his sentence. In October 1964, he was transferred to the Shayang Laogai Farm in Hubei Province, where he was made to work in the Xinsheng Kiln and Infrastructure Factory.

In 1969, Ye and his fellow campmate made three separate attempts to escape from the labor camp and were consequently sentenced to an additional 14 years in prison.

In 1979, Ye was exonerated by the authorities and released from prison.

His memoir about his life in prison and the Laogai, Red Dust and White Waves, was published by Laogai Research Foundation in 2004.