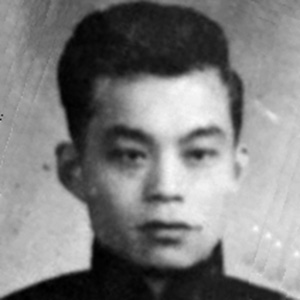 There were no court hearings, and Shan’s wife was not given access to any information about his alleged crime or the status of his case.

On August 28, 1967, the Shanghai authorities convened a mass sentencing struggle session. Shan was brought out tied up and wearing a sign around his neck that read: “Vehemently suppressing the counterrevolutionary Shan Songlin!”

After his sentence of “death penalty, to be executed immediately” was read, Shan was placed in the back of a truck and pilloried in the streets of Shanghai before being taken to the execution grounds and executed there.

Although the citizenry of Shanghai, including Shan’s neighbors, had been organized to watch Shan’s sentencing, his family was intentionally kept unaware of his fate. Shan’s wife had been placed under house arrest, and she did not yet know that her husband had been executed.

That night, the police went to Shan's house and posted on the wall a public notice of his death sentence that had his name crossed out with a big red X. They announced to Shan’s wife: “Your husband, the counterrevolutionary Shan Songlin, has been sentenced to death by the People’s Government for counterrevolutionary crimes and has been executed.” They then handed her the official court judgment and a notice to pick up his corpse.

To this day, Shan’s family remains in the dark about what crime he allegedly committed and why he was executed.