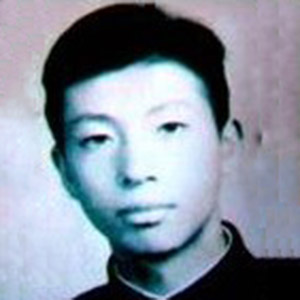 Zheng Jienong, a native of Huangyan, Zhejiang Province, was a graduate of the Department of Chinese at Shandong University in 1957. He was an outstanding student who, even before he had graduated, had been designated to remain at the university as a lecturer. When Mao Zedong initiated the Campaign for the Free Airing of Views as part of the larger Hundred Flowers Campaign, Zheng published an article entitled “The Flattery of 1000 Sycophants is Inferior to One Honest Critic” in the June 5 issue of the Shandong University newspaper. In this article, he criticized the political sectarianism that existed at the university and how the party cadres habitually accused people of being “counterrevolutionaries” and “anti-party and anti-socialism.” Zheng finished out his essay by expressing his hopes for the future—that Shandong University would become a place where open and honest discussion would not be met with censure and a more democratic culture could emerge.

As a result of having written this article, Zheng was labeled as an “ ultra-Rightist” by the university authorities. He lost the lecturer position he had been offered and was instead assigned to a position in the university library. During the Great Leap Forward, Zheng’s comments on the failed policies of the Great Leap Forward made their way to the ears of the authorities. He was arrested, wrongfully charged with “organizing a counterrevolutionary group,” and sentenced to 10 years in prison in October 1960.

Zheng was sent to the May 1 Laogai Farm in Guangrao County to serve his sentence. When his expected release date grew near, Zheng was once again accused of organizing and leading a counterrevolutionary group and the Military Control Team of the Public Security Bureau of Guangrao County sentenced him to death. He was executed on December 4, 1969.

Zheng was posthumously exonerated on December 31, 1980, when the court of Jinan City reviewed Zheng’s case and declared him innocent.