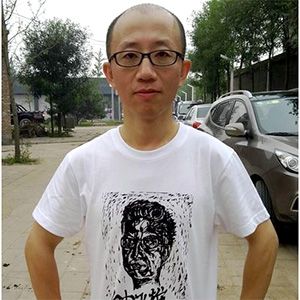 Hu Jia, a social activist in Beijing, has been a fervent advocate for environmental stewardship, protection of AIDS patients, and democratic human rights. In 2008, he was convicted of “incitement to subvert state power” and sentenced to 3 years and 6 months in prison. That same year, he was awarded the Sakharov Prize for Freedom of Thought from the European Parliament in recognition of his contribution to the struggle for human rights in China.

After his release, Hu Jia continued to write articles, sit down for interviews with the foreign media, and publicly criticize the Chinese government for trampling upon human rights. As a result, he was frequently under house arrest and regularly tailed by the secret police when he was allowed outside.

In March 2013, Hu was detained by the Beijing police on the charge of “provoking trouble.” While in their custody, he was beaten until he was bleeding from the head. In July 2014, he was attacked and injured by a group of assailants who turned out to be plainclothes policemen. Despite his persecution, Hu continues to speak out in defense of the human rights of the Chinese people to this day.