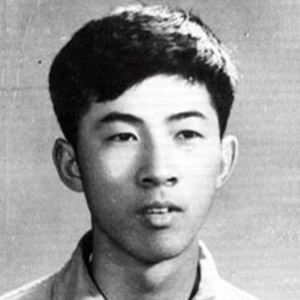 Liu Wenhui, a native of Shanghai, was a former Shanghai Hudong shipyard worker. After being labeled as a Rightist in 1957, he was transferred to the Shengsi Machinery Factory in Zhejiang Province as an auxiliary worker. In 1962 he was charged with “active counterrevolutionary crimes" and sent back to Shanghai for "supervision and reform."

In September 1966, he wrote "Sixteen Articles on Refuting the Cultural Revolution" in response to the "Decision of the Central Committee of the CCP on the Proletarian Cultural Revolution" (“Sixteen Articles”) and completed it on the 28th. Liu referred to the Cultural Revolution as “a cultural catastrophe and a campaign of mass persecution,” and he called upon the people to resist it. His 19-year-old younger brother Liu Wenzhong helped to transcribe 14 copies of the article. On October 1, Liu Wenzhong took a train to Hangzhou to mail these copies as anonymous letters to 14 universities across the country.

On November 26, 1966, Liu Wenhui was arrested. On March 23, 1967, the Shanghai authorities passed judgment on him: “Death sentence. To be carried out immediately.” His younger brother Liu Wenzhong was sentenced to 13 years in prison.

On January 6, 1982, the Shanghai Higher People's Court reversed the previous judgment and declared Liu Wenhui innocent. His younger brother Liu Wenzhong as well as his father Liu Zonghan were also cleared of their “counterrevolutionary crime” and vindicated.

【Video】REFLECTION ON THE 50TH ANNIVERSARY OF THE CULTURAL REVOLUTION : MEMORIES OF LIU WENHUI