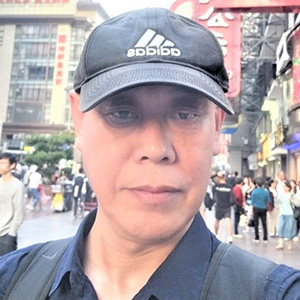 Qin Geng was a writer and journalist for a magazine. In September 1989, he was secretly arrested for participating in the Tiananmen Democracy Movement. The authorities announced that Qin had committed “counterrevolutionary incitement” and belonged to “a gang of villains.” Without a trial, Qin was “detained for investigation” at the prison of Danfeng County in Shaanxi Province.

On May 30, 1990, Qin was informed by the prison authorities that he was cleared from investigation, had not committed any crimes, and would not be sentenced. His “detention” and “investigation” came to an end and he was released from prison that same day.

His memoir about his imprisonment, China’s Number One Crime, was published by the Laogai Research Foundation in 2006.