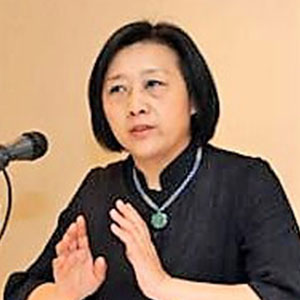 Born in 1944, Gao Yu is a seasoned journalist and a columnist for newspapers and web-based publications. In 1989, she was arrested for reporting the pro-democracy protests in Tiananmen Square and was sentenced to one year in prison and served her prison term in Qincheng Prison in Beijing . She served a second sentence of four years in November 1994 for “leaking state secrets.”

Gao Yu was detained for the third time in April 2014 and then sentenced to seven years in prison for providing state secrets to foreign entities. The party document Gao brought to light directly criticized freedom of the press and demonstrated the Communist Party's hostility to human rights.