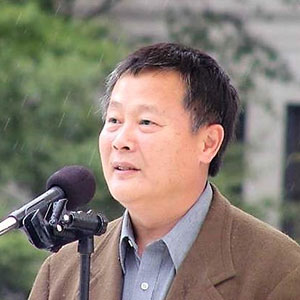 Wei was one of the first and few to dare to openly denounce Deng Xiaoping’s autocratic and dictatorial rule during the early years of Deng’s administration. He was sentenced to 15 years in prison for posting the essay “The Fifth Modernization” on the "Democracy Wall” in Beijing that called for political reform.

Shortly after his release in 1993, Wei was again arrested for supposedly plotting against the state. He was released and deported to the United States in 1997. He continues to be an outspoken critic of the regime and campaigner for human rights and democracy in China.

【Video】Wei Jingsheng Talks about His Experience of Laogai