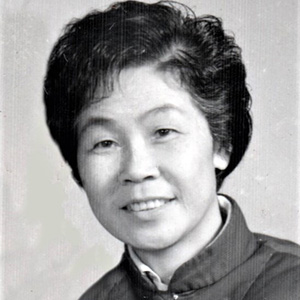 Tan Chanxue, a native of Kaiping in Guangdong province, was a student in the Chinese Department of Lanzhou University. In 1957, she was labeled as a Rightist, and in 1958, she was one of a number of so-called Rightists affiliated with Lanzhou University who were punished with exile to the countryside to engage in “reform through labor.” Tan, history student Zhang Chunyuan, and several others were sent to Mapanquan People’s Commune in Tianshui County for this purpose.

During their time in the commune, the students witnessed the horrors of the Great Famine firsthand and resolved to do something about it. In early 1960, under the leadership of Zhang Chunyuan, they created an underground journal called Spark. Some of its content included a poem by one Lin Zhao, a former Peking University student, praising Marshal Peng Dehuai and an article that stated: “The reason why the countryside is starving is because of Mao’s People’s Communes and Great Leap Forward. The Communist Party is in decay, and a revolution is at hand.”

Tan was an important member of the Spark(Sparkfire) team. In May 1960, she escaped from exile and secretly returned to Guangdong Province with the intention of making her way to Hong Kong to seek assistance. She was arrested in June, convicted of being a member of a “Rightist counterrevolutionary clique” and sentenced to 14 years in prison. Although she was ostensibly released from prison in late 1973, she was compelled to accept a forced job placement at a factory in Jiuquan City. It was only after her official political rehabilitation in 1980 that she was permitted to leave the factory. Tan became a teacher at Jiuquan Normal School and then went on to join the Dunhuang Research Academy.