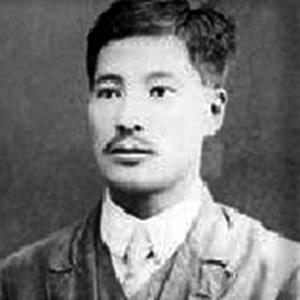 Deng Yulin, belonging to the Tujia ethnic minority, was born in Badong County, Hubei Province. Although he joined the army of the Qing Dynasty, he was secretly a member of various anti-Qing organizations. During the Wuchang Uprising on October 10, 1911, Xiong Bingkun’s unit of infantry fired the first shot, and Deng Yulin’s unit of artillery fired the first cannon shot. As a result, Deng would be awarded the rank of Lieutenant General in the nascent Republic of China.

In the Northern Expedition in 1926, Deng served as the commander of the First Route Army of the Left Army Group. In 1927, he retired from the military and moved to Shanghai.

When the Second Sino-Japanese War broke out, the Japanese occupied Shanghai in 1937. Deng refused to collaborate with the Japanese and moved to Wuhan. After the fall of Wuhan, he moved to Yichang and then Chongqing, where he served as member of the Military Affairs Commission of the Republic of China.

In 1943, Deng returned to his hometown of raise funds for the establishment of schools and industries. In 1946, he was elected as a representative to the National Assembly. Following the Communist takeover in 1949, Deng declined the invitation of the outgoing Republic of China government to relocate to Taiwan. He instead stayed in Badong County and joined the new local government, where he served as the county’s secretary-general.

In 1950, the CCP launched the Campaign to Suppress Counterrevolutionaries. Towards the end of the year, Deng was arrested. He was convicted of “organizing counterrevolutionary riots” and executed in April 1951.

In 1982, the CCP acknowledged that Deng had been wrongfully executed and posthumously politically rehabilitated him.