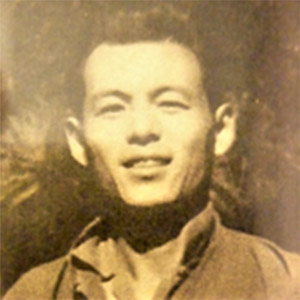 Wang Tongzhu, a native of Xiangyang in Hubei Province, was a poet, author of short stories, and the Russian-language translator for the CCP Central Committee’s Translation Bureau for the Works of Marx and Lenin. In 1957, when the CCP launched its Campaign for the Free Airing of Views, which was part of the larger Hundred Flowers Campaign, Wang sent a letter to Wuhan University in which he objected to how he had been treated during the previous “Purging Counterrevolutionaries” campaign in 1955. When the Translation Bureau was informed of this, Wang was labeled as an “ultra-Rightist” for having criticized the party’s political campaigns and policies. Wang was sent to the Qingde Laogai Camp in the town of Chadian in Hebei Province for “reeducation through labor.”

In August 1962, Wang was transferred to the Tuanhe Labor Camp in Daxing County near Beijing. His Rightist designation was removed in 1964 and he was then subjected to forced job placement at the same camp.

In June 1966, the CCP decided to vacate all of the labor camps near Beijing to make room for the wave of newly purged political enemies from the city proper. All personnel in the Tuanhe Labor Camp were moved to Xinjiang, which was over 3,000 kilometers away. In August, Wang was sent to the farm of the 7th Division of the Xinjiang Production and Construction Corps in Shihezi to continue his "employment" as a forced laborer.

In 1969, Wang, together with two other forced laborers, took advantage of the chaos of that time and fled the camp in Xinjiang. His compatriots were Sun Benqiao, a former Beijing Institute of Technology student hailing from Laian in Anhui Province, and Yao Zuxuan, a former English-language translator of the Ministry of Foreign Trade who was from Zhejiang Province. The three of them traveled around the Laian area of Anhui Province and Nanjing in Jiangsu Province working odd jobs and selling cigarettes.

In May 1970, Wang, Sun, Yao, and eight other people were arrested and charged with being a counterrevolutionary group. The eight other members of this alleged group received various sentences, but Wang and his compatriots were sentenced to death.

On July 30, 1970, Wang, Sun, Yao, and 21 other so-called counterrevolutionaries were publicly executed by the Nanjing authorities. Some months later, Lu Lushan, a former student at the Beijing Agricultural Machinery College who was in the camps with the three of them, was also executed for mourning their deaths.