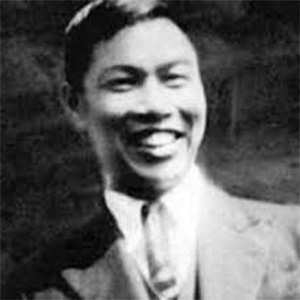 Date(s) of Arrest:
April 1952
Prison Terms:
2 years, 20 years, died in prison
Charges:
Leading the Ni Tuosheng counterrevolutionary clique, illegal capitalist
Crime:
Being a famous Christian missionary, being the former chairman of the board of the Shanghai Biochemical Pharmaceutical Factory

Ni Tuosheng(Watchman Nee), born in Guangdong, grew up in a Chinese Methodist family in Fuzhou City. He moved to Shanghai in 1927 and became a Christian missionary. He wrote books and articles about the Bible and Christian life and preached the gospel in Fujian, Guangdong, and Hong Kong to great success. In order to help take care of the hundreds of local churches in mainland China, Ni returned to Shanghai in March 1950 after the Communist takeover.

The Communists asked Ni to lead China’s Christians on their behalf, which he refused to do. In September 1950, the CCP launched the “Three-Self Patriotic Movement of the Protestant Churches in China,” namely, self-governing, self-supporting, and self-propagating. It was intended to subordinate Protestant Christians to the dictates of the government. Ni was convinced by the CCP’s promise that Christians in China would continue to have freedom of religious belief, and he worked to obtain the signatures of tens of thousands of Chinese Protestants confirming their participation in the Communist Party’s so-called “Three-Self Patriotic Churches.”

In January 1952, the CCP launched the Five-Anti Campaign. In April, when Ni was travelling through Tianjin on his way to a church in Shenyang in northeast China, he was approached by a group of plainclothes policemen in an unmarked car who said, “The Northeast Donghua Pharmaceutical Factory extends their invitation.” Ni stepped into the car with them and disappeared afterwards. His wife wrote to Pan Hannian, deputy mayor of Shanghai, about his circumstances and received no reply. Ni had been arrested in secret and charged as an “illegal capitalist” because he had served as chairman of the board of the Shanghai Biochemical Pharmaceutical Factory before the Communist takeover. Although he was only sentenced to two years in prison for this, he would in actuality come to spend the rest of his life in incarceration.

In 1955, the CCP launched the Campaign to Suppress Counterrevolutionaries. On January 29, 1956, more than 200 Christians were arrested overnight in Shanghai and accused of belonging to an alleged “Ni Tuoshen counterrevolutionary clique.” Ni himself was sentenced to 20 years in prison, which he served at Shanghai’s Tilanqiao Prison. Ni died in May 1972 in Baimaoling Prison, located in Guangde County, Anhui Province.