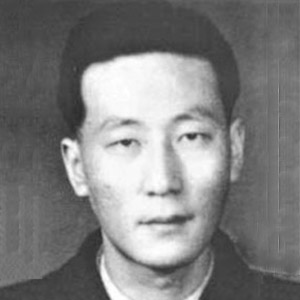 Lu Hongen was the conductor and deputy head of the Shanghai Symphony Orchestra. When the Cultural Revolution began in 1966, Lu defended Deng Tuo when Deng was being attacked in a struggle session on May 28. Lu himself then became a target of the mob’s savagery, and he was beaten until he was bleeding from the head. Afterwards, Lu was arrested and held at the Shanghai No.1 Detention Center.

While imprisoned, Lu continued to criticize the Cultural Revolution as “tyrannical, catastrophic, and disastrous,” and “a war upon culture and intellectuals.”

On April 27, 1968, the authorities in Shanghai held a mass sentencing struggle session at the Shanghai Culture Square. Lu was one of over 30 accused counterrevolutionaries brought to face judgment. Seven of them were slated to be executed. When his turn came, he was pushed onto the stage and the judge announced: “Lu Hongen, found guilty of being a counterrevolutionary, is sentenced to death. He is to be immediately executed!”

Lu, together with six of his fellow prisoners who had also received death sentences, were then paraded around the city in a truck to be pilloried and then taken to the suburb of Longhua for execution. The following day, a police officer announced to Lu’s wife Hu Guomei: “The counterrevolutionary Lu Hongen has been executed. You are required to pay twenty cents. This is the cost of the bullet used.”