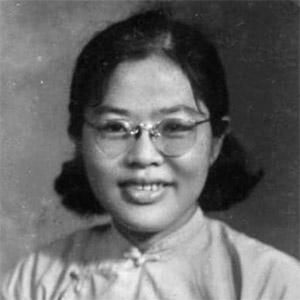 Lu Lanxiu was an old member of the Communist Party of China who joined the party in 1940. Before the Cultural Revolution, she was the deputy director of the Suzhou City Library. On May 3, 1968, she was arrested for producing articles criticizing the decisions of the CCP and sympathizing with Liu Shaoqi and was accused by the authorities of being an active counterrevolutionary.

During her detention, Lu held fast to her convictions. She continued to write and produced another series of articles entitled “Reflections gained from studying Mao Zedong Thought” that made a forceful argument that Mao was wrong to bring about the Cultural Revolution, that he would be condemned by history for doing so, and that the CCP Central Committee should take swift action to end his control of the party. Lu was tried on July 4, 1970 at a public trial in Suzhou; she was sentenced to death and executed immediately afterwards. On April 2, 1982, the CCP Jiangsu Provincial Party Committee and the Jiangsu Provincial People’s Government posthumously cleared Lu Lanxiu’s name and declared her a revolutionary martyr.