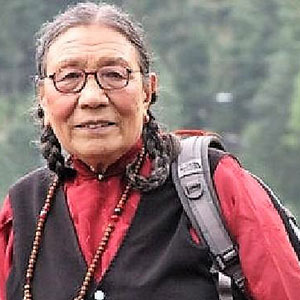 Ama Adhe spent twenty-seven years enduring the torture and spiritual humiliation of the Laogai and forced labor systems, all for daring to resist Chinese occupation of her motherland, Tibet. After her release, Ama Adhe escaped to Dharamshala, India, where she met the exiled Dalai Lama.

Ama Adhe is one of the most important voices demanding human rights for her people. Her memoir, The Voice That Remembers, was translated and published by the Laogai Research Foundation in 2006.