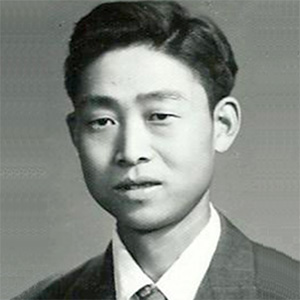 Date(s) of Arrest:
February 1959
Prison Terms:
3 years (“reeducation through labor”), 18 years (“supervised labor”)
Charges:
Ordinary Rightist
Crime:
Reading aloud remarks made during the Campaign for the Free Airing of Views and published in the People’s Daily, writing complaints in his diary

Han Rui, a native of Liangdang County in Gansu Province, was a student of the Art Department of Northwest Normal University. In May 1957, the CCP launched the Campaign for the Free Airing of Views. Han Rui, who was the class leader, read aloud the content of Lin Xiling's speech in the People's Daily during a study meeting. In June, the Anti-Rightist Campaign commenced. When Lin Xiling was labeled as a Rightist, Han was considered guilty by association due to having read her speech in a public gathering. In addition, some of the contents of Han’s personal diary, which had been obtained by the authorities through subterfuge, were also used as evidence of his “crimes.” Han was labeled as an Ordinary Rightist two months later, and he was then assigned to Qinghai Provincial Normal School in Xining City as a music teacher.

In 1959, the Xining authorities launched a political rectification campaign among faculty and staff in the region’s secondary schools. Hundreds were labeled as Rightists and sent to labor camps; Han was one of them. He and the other accused Rightists were first detained at the labor camp in Nantan before being transferred to the Babao Labor Camp in Qilian County.

The Babao Labor Camp was home to over a dozen factories that operated through the penal labor of tens of thousands of so-called Rightists and historical counterrevolutionaries. In 1960 and 1961, a huge number of prisoners died from hunger, exposure, exhaustion, and illness. Han managed to survive until his Rightist designation was removed in June 1962. Although he was released and permitted to return to his hometown in Liangdang County, he was still considered to belong to one of the “Five Black Categories” of political enemies. Han continued to be a proscribed individual subject to supervised labor for another 18 years until he was exonerated in 1980.