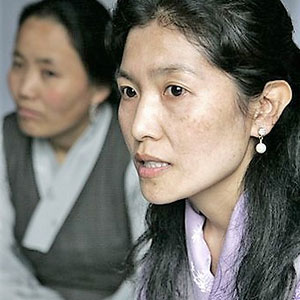 A Buddhist nun, Sangdrol has suffered imprisonment for her outspoken support of Tibetan independence since she was 10 years old. Despite her incarceration, Sangdrol continued to speak her mind. She was rewarded with cruelty, including beatings (including one at the age of 13 that has permanently damaged her hands), at least two months of continuous solitary confinement, and days without access to water. Despite a sentence of 23 years, coordinated international efforts freed Sangdrol after eleven years. She continues to be a leading voice for her beliefs.