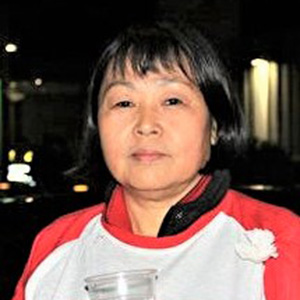 Sun Baoqiang, a native of Jiangdu County in Jiangsu Province, was a worker at Shanghai Oil Refinery. When Sun learned the news about the Tiananmen Massacre from a Voice of America radio broadcast, she took to the streets of Shanghai and began giving speeches. On June 5 and 6, she exhorted listeners to condemn the Beijing authorities, to resist repression, to fight back against atrocities, and to seek justice for the slain students. She led her listeners to dislodge the bamboo fencing along the roadside and threw it into the middle of the street in protest.

On the evening of June 6, Sun was arrested by the Shanghai authorities. In August, she was convicted of “gathering a crowd to disrupt traffic” and sentenced to three years in prison.