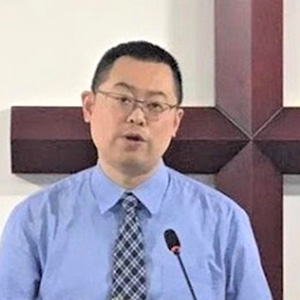 Wang Yi, a native of Santai County in Sichuan province, is a legal scholar, freelancer writer, and Christian pastor. Wang is an expert in theories of constitutional government and China’s transition to constitutionalism, and he often published articles criticizing current political affairs in China. At one point, he founded a website called “the Constitutional Forum,” which was promptly shut down by the Chinese government.

In November 2011, Wang became the pastor of the “Autumn Rain Covenant Church,” a house church in Chengdu. In December 2018, Wang and over 100 members of his congregation were arrested, and their church was officially banned.

Wang was held for a year before officially being charged in December 2019. Because he had said during a sermon that “those who do not repent will surely perish,” the authorities made the accusation that this was a threat directed towards the country’s leaders and charged Wang with incitement to subvert state power.

Wang was also been charged with operating an illegal business. Because the Chinese government strictly forbids the publication of religious literature, Wang Yi’s church was forced to print its own sermon brochures for its internal use. Wang was ultimately sentenced to nine years in prison for these alleged crimes.