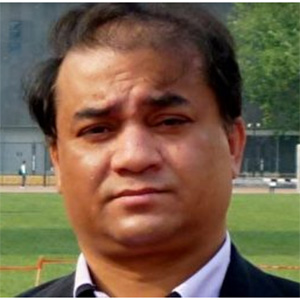 Ilham Tohti, a Uyghur, was born in Atush in Xinjiang. He was an associate professor of economics at the Central University of Nationalities. His research focused on income gaps and unemployment in Xinjiang.

In 2006, Ilham founded the website Uyghur Online, which was published in Chinese and Uyghur. The Chinese government has closed the website several times. After the violence in Urumqi on July 5, 2009, the Xinjiang authorities declared that Uyghur Online had “hosted propaganda and spread rumors,” and Ilham was detained for one-and-a-half months.

Ilham advocated that the best way to win out against the threat of extremism was by allowing forthright and rational discussion that would create a marketplace of ideas and encourage the development of a civil society. In October 2013, he criticized the Chinese government for its harsh control of Uyghurs in an interview.

On January 15, 2014, Ilham and his mother were arrested at their home by the police, and his website Uyghur Online was shut down. The Urumqi Public Security Bureau charged Ilham with using his website to “incite ethnic hatred, advocate Xinjiang independence, and engage in separatist activities.”

In September 2014, Ilham was convicted by the Xinjiang authorities of separatism and sentenced to life in prison.