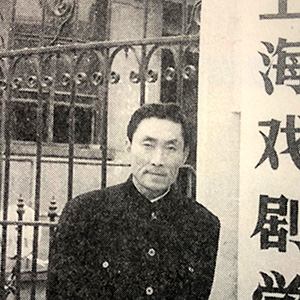 Wenche Heen, a Manchu, joined the PLA in Beijing in 1949. In 1952, he entered the Shanghai Academy of Drama. He graduated in 1957 and was assigned a teaching position at the academy.

However, a month later, he was accused of “inner hatred of the Communist Party” and labeled as an ultra-Rightist. In 1958, he was sentenced to five years in prison. He served his sentence first at an iron mine and then the Xiangride Laogai Farm of Dulan County in Qinghai Province.

Upon the completion of his sentence in March 1963, Wenche Heen was obliged to accept a forced job placement at the same labor camp. He continued working at the camp until his political rehabilitation in December 1978.

His memoir about life in the Laogai, Difficult Years, was published by the Laogai Research Foundation in 2003.