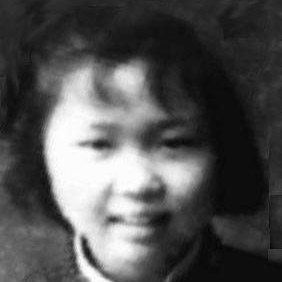 Date(s) of Arrest:
July 5, 1969
Prison Terms:
Death penalty
Charges:
Viciously slandering the mass movement of “Learning from and Applying Mao Zedong Thought”, attacking the headquarters of the proletariat
Crime:
Created and distributed leaflets that spoke against Mao’s cult of personality

Ding Zuxiao was a young woman from Dayong, Hunan. On April 21, 1969, Ding composed and printed a leaflet entitled "Against Personal Worship—the Five Firsts.” For these acts, she was arrested late in the night on July 5, 1969 and charged with “viciously slandering the mass movement of “Learning from and applying Mao Zedong Thought” and “fiercely attacking the headquarters of the proletariat.” Li Qishun, another young woman who was Ding’s classmate, and her sister Li Qicai wrote an article in support of Ding following her arrest called “Report to the Revolutionary People” that praised Ding as a “worthy revolutionary pioneer” and lauded her April 21 leaflet. In response, Li Qishun and her sister, along with six of their young friends and acquaintances, were arrested and imprisoned on the charge of being “a counterrevolutionary group led by Ding Zuxiao and Li Qishun.”

Ding Zuxiao was executed on May 8, 1970. Li Qishun was executed at a later date in Jishou, the capital of Xiangxi Autonomous Prefecture. Ding Zuxiao's older sister, Ding Zuxia, was sentenced to 20 years in prison; Li Qishun's younger sister, Li Qicai, then only 17 years old, was sentenced to 10 years in prison. In 1978, the Third Plenary Session of the Eleventh Central Committee of the Communist Party of China thoroughly repudiated the Cultural Revolution and thereby vindicated Ding Zuxiao and Li Qishun.