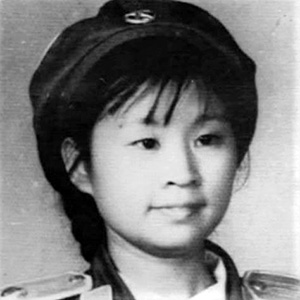 Bu Qinfu, a native of Liling County in Hunan Province, was formerly a member of a military theater troupe of the Republic of China. At the end of 1949, she joined the PLA and became an actress in the Kunming Military Region’s National Defense Drama Troupe. When the Cultural Revolution began in 1966, Bu made various statements including: “President Liu Shaoqi is a good man and won’t be defeated,” “Everyone has shortcomings, including Chairman Mao,” “Lin Biao is a treacherous official,” and “I do not wear any uniform distributed by Lin Biao.” She also tore down a big character poster that read, “Down with Liu Shaoqi.” For these acts, Bu and two other actresses were taken to the 58th Hospital—actually an asylum—for isolation. Bu was then arrested.

While awaiting trial, Bu insisted that she had committed no crimes. She wrote on the walls of her cell, “Vindicate Peng Dehuai” and “Vindicate Liu Shaoqi.” In 1968, Bu was sentenced by a Kunming Military Region court-martial to 15 years in prison for “counterrevolutionary crimes” and then transferred to a civilian prison.

On May 9, 1970, the Kunming authorities held a mass sentencing struggle session. When it came time to pass judgment on Bu, she was dragged on stage and forced to kneel. A sign had been affixed to her back that read: “Active counterrevolutionary Bu Qingfu.” To prevent her from being able to show defiance, a soldier had stabbed her in the mouth with a rifle bayonet and then gagged her. After the judgment of “Death sentence, to be executed immediately” was read, Bu was put in the back of a truck and pilloried in the streets of Kunming. Then she was taken to the execution grounds and killed. Afterwards, the authorities widely circulated a public announcement that Bu’s crimes were “opposition to the great Cultural Revolution” and “slandering our great leader Chairman Mao.”

13 years later, the Yunnan High People’s Court reviewed Bu’s case and concluded that the real reason for her death sentence was her sympathy for Liu Shaoqi, Yang Xianzhen, and other officials. She was wrongfully accused, imprisoned, and executed.