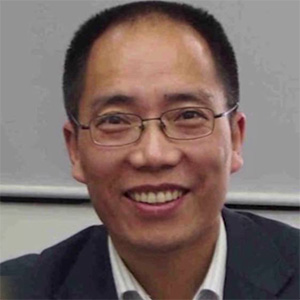 Zhao Changqing, born in Shanyang County in Shaanxi Province, participated in the 1989 Tiananmen Square protests and was imprisoned for four months. In 1997, he revealed evidence of unlawful conduct in the election of deputies to the People’s Congress of Nanzheng County in Shaanxi Province. Zhao was convicted by the authorities of “endangering national security” and sentenced to three years in prison.

In 2002, he wrote an “Open Letter to the 16th National Congress of the CCP,” which was published on the Internet and signed by democratic activists from around the world. The demands put forward in the letter included: reevaluating the Chinese pro-democracy movement and compensating victims of the Tiananmen Massacre, allowing political dissidents abroad to return from exile, releasing former General Secretary Zhao Ziyang from house arrest and politically rehabilitating him, releasing prisoners of conscience, amending domestic laws to conform to the International Covenant on Political and Civil Rights, and implementing free and fair elections for all political offices.

For having authored this petition, Zhao was arrested on November 28, 2002. He was convicted by the authorities of “incitement to subvert state power” and sentenced to five years in prison on August 4, 2003. He served his prison term in Weinan Prison of Shaanxi Province.

In April 2014, Zhao was arrested for the fourth time. He was convicted of “gathering a crowd to disrupt public order” and sentenced to two years and six months in prison.