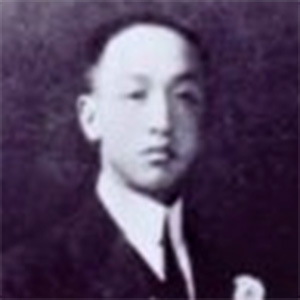 Xia Zhishi was a native of Hejiang County in Sichuan Province. In 1905, he joined the Chinese United League founded by Sun Yat-sen in Japan. He returned to Sichuan in 1908 to secretly spread the cause of revolution within the Qing Dynasty’s New Army. Immediately after the Wuchang Uprising in October 1911, Xia led the Longquanyi Uprising in Chengdu in November. He joined forces with the revolutionary forces in Chongqing, overthrew the Qing government in Chongqing, and paved the way for the establishment of the Republic of China. After the revolution, he was made the vice governor of Sichuan Province.

In 1921, Xia retired from public office. He was a firm proponent of the power of education and established the Jinjiang Public School in Chengdu. In 1928, he moved to Shanghai for medical treatment. In November 1937, the Republic of China was defeated in the Battle of Shanghai during the Second Sino-Japanese War. After the Japanese occupied the city, Xia returned to his hometown Hejiang County in Sichuan in 1938.

After the Communist takeover, the new local government in Heijang County asked Xia in 1950 to help them by writing a letter to persuade the bandit leader Xia Xikui to surrender. Soon after this, however, the CCP initiated its Campaign to Suppress Counterrevolutionaries. Xia was arrested in October 1950 and convicted of “organizing and plotting bandit riots.”

Xia was executed in his hometown in Heijang County. It was not until November 1987 that the Hejiang County Court posthumously exonerated him.