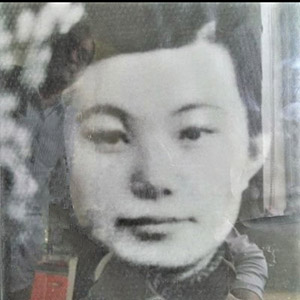 Zhang Peiying was a female Catholic peasant from the village of Naoma in Shanxi Province. Being on the outskirts of Taiyuan, the capital of Shanxi Province and a major Catholic diocese in China, Naoma had a sizeable Catholic population. In 1964, the Shanxi provincial authorities launched a campaign to “ban Catholicism” and “criticize Catholic reactionary crimes.” Every Catholic family was forced to write a vow in which they renounced Catholicism and to then read this vow publicly.

At the “Unmasking and Criticizing Catholic Reaction Crimes” mass meeting in Naoma, Zhang refused to renounce her religion at the demand of the authorities. Rather than shouting “Down with Catholicism!” as ordered, she instead stood up and shouted, “Catholicism is the true religion! Catholicism is good!”

Zhang was arrested on the spot for her defiance and taken to the Shanxi Provincial Women’s Prison in Yuci County a few days later. Her beliefs did not waver even after being imprisoned. She recited verses from the Bible, sung hymns, and continued to insist that “Catholicism is good!”

In February 1970, over five years later, the authorities sentenced Zhang Peiying to death. She was executed alongside another female Catholic peasant named Zheng Fengtao.

In the early 1980s, the authorities gave a small amount of financial compensation to Zhang’s children.