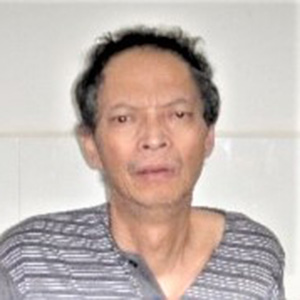 Li Wangyang, a native of Shenyang in Liaoning Province, was a worker at the Shaoyang Cement Plant in Hunan Province. In 1983, he participated in the formation of the "Shaoyang Workers' Mutual Aid Association", which was independent of the government. It was ultimately labeled as an “illegal organization” by the authorities and banned.

During the 1989 Tiananmen Square protests, Li formed the “United Autonomous Council of Workers” in Shaoyang City to support the pro-democracy movement. Following the massacre in Beijing on June 4, Li called on his fellow workers to go on strike and organize marches to strike back “against the government’s bloody oppression” and “eliminate the fascists.”

On June 9, the Shaoyang authorities arrested Li. He was convicted of “producing counterrevolutionary propaganda and incitement” and sentenced to 13 years in prison.

While he was imprisoned, Li was tortured. He attempted to protest his treatment by going on a hunger strike, but his jailers subjected him to force-feeding after prying out some of his teeth. In 2000, Li’s sentence was reduced due to illness, and he was released two years early.

In 2001, Li was once again arrested. He was convicted of “subversion of state power” and sentenced to 10 years in prison. After his release in May 2011, Li joined the China Democratic Party, which had been labeled as an illegal organization by the authorities since 1998.

On June 2, 2012, Hong Kong Cable News broadcasted a reporter’s interview with Li. Three days later, Li’s relatives were informed that he had died in a hospital in Shaoyang. Foul play was suspected.