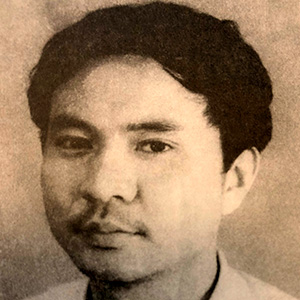 Shang Jianguo, literary editor of Haitian Publishing House in Shenzhen, Guangdong Province, is a poet. In 1993, he was falsely accused of "illegal speculation and profiteering." He was arrested and imprisoned in Shahe City, Hebei Province, where he served his sentence in the agricultural squadron of Jiangnan Prison on the outskirts of the city.

After his release from prison, he wrote a book, The Imprisoned Poet, that revealed the true state of China's Laogai system and the judicial and prison system. In 2004, the Laogai Research Foundation published his book.