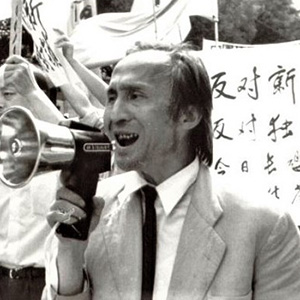 Date(s) of Arrest:
June 1989
Prison Terms:
5 years
Charges:
Joining the pro-democracy movement
Crime:
Calling for mass strikes to protest the "June 4 Tiananmen massacre" and demand the CCP to “pay back the blood debt”

Li Guiren, deputy editor-in-chief of the Huayue Literature and Art Publishing House, is a writer. He joined the pro-democracy movement in Xi'an in Shaanxi during the Tiananmen Democracy Movement in Beijing in 1989. He organized mass marches and delivered speeches. Two days after the Tiananmen Massacre, Li authored a strike declaration on behalf of the Huayue Literary Publishing House called “Stop the massacre and pay back the blood debt!”

In the massive reprisal that followed, Li was arrested and jailed by the authorities. He was sentenced to five years in prison, which he served at the Second Prison in Shaanxi Province.

His memoir, China’s Bastille, was published by the Laogai Research Foundation in 2007.