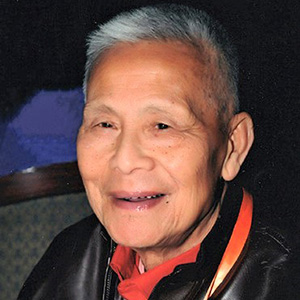 Hu Xianzhong entered the economics department of Northeast People’s University in 1953. During the Campaign for the Free Airing of Views in 1957, Hu wrote an article called "Are Hu Feng and others Counterrevolutionary?", which was published in the Northeast People’s University magazine. In the Anti-Rightist Campaign that followed, Hu wrote another article in which he stated that the CCP Central Committee “has made a mistake on the issue of the free airing of views.”

After he was publicly denounced, Hu went to Beijing to appeal his case, but to no avail. Hu then requested an application for a travel visa from the British mission in Beijing. In November 1957, Hu was arrested. He was charged with being a “member of the Hu Feng clique, Rightist, defector, and counterrevolutionary treason” and sentenced to life in prison. After an escape attempt, his sentence was changed to ten years. He received three more years in prison for yet another escape attempt.

From 1958 to 1969, Hu was held by the Tiebei Laogai Team, publicly known as the New Life Machinery Factory, located on the outskirts of Changchun City. In 1970, he was transferred to the labor camp in Zhenlai County, Jilin Province. Although he was ostensibly released from prison in 1971, Hu was obliged to accept a forced job placement working in the same Laogai camp.

In 1979, the High People's Court of Jilin Province ruled that the previous verdict in Hu’s case had been reached in error and exonerated him after 21 years in the Laogai.

His memoir about life in the Laogai, My Life as a Pawn in Mao’s Political Game, was published by the Laogai Research Foundation in 2008.