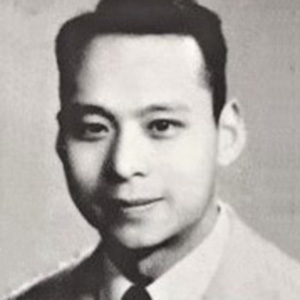 Chu Lipeng, a native of Yantai in Shandong province, lived in Japan as a boy because his father ran a business in Japan. Upon his return to China, Chu was educated at Lixian Middle School and Lixian High School in Tsingdao, which were staffed by Christians. He entered Peking University in 1945 and later transferred to Tsinghua University. He graduated from the Tsinghua University Department of Chemistry in 1950 and was hired by the famous Chinese Christian minister Ni Tuosheng to work at his biochemical pharmaceutical factory in Shanghai.

Chu had been baptized as a Christian in Beijing in 1946. In 1955, the CCP launched its Campaign to Suppress Counterrevolutionaries. In January 1956, Chu was one of a group of more than 200 Christians who were arrested in a single night and accused of being members of the “Ni Tuosheng counterrevolutionary clique.” In May, without a trial, he was sentenced to 20 years in prison.

In 1957, Chu was sent to Tilanqiao Prison in Shanghai. In 1958, he was transferred to a large-scale Laogai factory in the remote city of Xining in Qinghai Province. He was forced to work in a chemical plant during his imprisonment there. In 1960, Chu was transferred to Golmud Laogai Farm and then later transferred again to Delinghar Laogai Farm. He was released from prison in 1975, 19 years after his arrest and one year before his scheduled release, when his sentence was commuted.