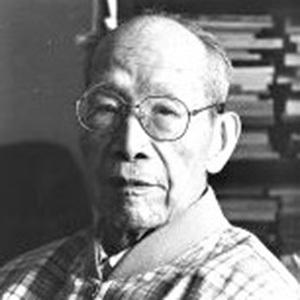 Jia Zhifang, a native of Shanxi, was a writer. In 1936, he traveled to Japan to study abroad. When the Second Sino-Japanese War broke out the following year, he returned to China via Hong Kong. In 1938, Jia Zhifang went to Wuhan. In 1950, Jia Zhifang became a teacher at Aurora University, which was run by the French Jesuits. After Aurora University was dissolved by the CCP in 1952, Jia became a professor in the Chinese Department of Fudan University in Shanghai.

In 1955, the CCP condemned the literary theorist Hu Feng as “a lapdog of the Nationalist Party” and accused him of “organizing a counterrevolutionary conspiracy under the guise of literature and art.” The CCP consequently launched the campaign to “Eliminate the Hu Feng counterrevolutionary clique” targeting literary and artistic circles across China.

Jia’s debut in the literary world had been through novels he had written in the 1930s that were published in Hu Feng’s magazine. He and Hu Feng had become friends as a result. Jia was arrested on May 15, 1955 for being a “core member of the Hu Feng counterrevolutionary clique.” however, he was not charged or sentenced. It was not until 1966, after being held for 11 years, that Jia was finally put on trial. He was sentenced to 12 years in prison, which he served at Tilanqiao Prison in Shanghai. Upon the completion of his sentence, he became a “supervised laborer” in the Fudan University printing press.

In 1980, the CCP politically rehabilitated those who had been persecuted in the “Hu Feng counterrevolutionary clique,” and Jia was vindicated.