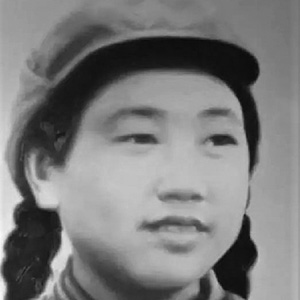 Date(s) of Arrest:
August 1958
Prison Terms:
15 years
Charges:
Subversion of state power, attempting to overthrow the socialist system in China
Crime:
Slandering socialism in China as “feudal socialism” and the Communist Party as a "privileged class"

Lin Xiling, whose birth name was Cheng Haiguo, was from Wenling County in Zhejiang Province. She joined the PLA in 1949 and enrolled in the Law Department of the People’s University of China in 1953. In May 1957, during the Campaign for the Free Airing of Views, Lin stated at successive conferences at Peking University and the People’s University of China that “Our country is undemocratic and not genuinely socialist,” that “The CCP suppressed the people after the victory of our revolution and became autocratic,” that “The Communist Party and the Communist Youth League have become a privileged class,” and that “We should fight to establish real socialism.”

In June 1957, Lin was labeled as a Rightist. She was formally expelled from the university in February 1958 but retained as a “negative example as a lesson” and subject to labor under surveillance until August 1958, when she was arrested and sentenced to 15 years in prison.

Lin was released upon the completion of her sentence in 1973. In 1978, she unsuccessfully petitioned to have her Rightist designation removed. The authorities declared that “The decision to label Lin Xiling as a Rightist was not made in error and will not be changed.”