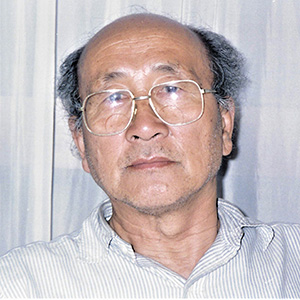 Feng Guojiang, born in Indonesia, traveled to China in 1948 to join the CCP’s North China Revolutionary University. In 1952, he began studying at the Department of Architecture of Tsinghua University in Beijing. During the 1955 Campaign to Suppress Counterrevolutionaries, he was accused of spying for foreign powers and ordered to drop out of the university. He was able to return in 1956 after being rehabilitated.

During the Campaign for the Free Airing of Views in 1957, Feng criticized the Campaign to Suppress Counterrevolutionaries and various other CCP policies. As a result, he was labeled as an ultra-Rightist and expelled from the university.

In March 1959, Feng was sent to Qinghe Labor Reform Farm in Hebei Province to be punished with reeducation through labor. In June 1961, he was accused of being an active counterrevolutionary and sentenced to life in prison. This sentence was later reduced to five years in prison upon review.

In August 1966, all prisoners in the labor camps adjoining Beijing were due to be transferred to Xinjiang Province in remote northwest China. Immediately before this was to take place, Feng escaped from his labor camp, made his way across the Yalu River, and entered North Korea in secret. He was extradited back to China 11 days later.

For that, Feng was eventually sentenced to 10 years in prison for “treason.” Although his sentence was officially considered complete in 1976, Feng was obliged to accept a forced job placement that kept him indefinitely detained at the labor camp where he had served his sentence.

In 1979, Feng’s mother in Indonesia wrote a letter to Deng Xiaoping asking for Feng’s release and repatriation. In March of that same year, Tsinghua University removed Feng’s Rightist designation, and the Beijing Higher People’s Court formally exonerated him. Following these decisions, Feng left China to take control of his family’s affairs in Indonesia.