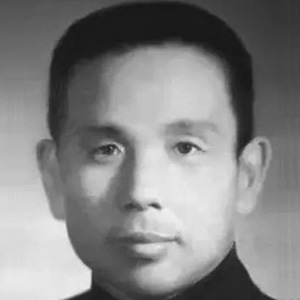 Ge Peiqi, from Pingdu County in Shandong Province, graduated from Peking University in June 1937. Less than a month later, the Marco Polo Bridge Incident occurred, and China became embroiled in war with Japan. Ge joined the Republic of China military and was sent to Henan Province to organize local guerillas to fight against the Japanese occupation. He was promoted to Major General in 1942; however, he had secretly joined the CCP in 1938. On the eve of the Chinese Civil War between the Republic of China and CCP in 1946, Ge was sent to the Shenyang Northeast Security Command. While there, he maintained his cover as an officer of the Republic of China while spying for the Communists. When his superiors were arrested, Ge lost contact with his CCP handlers. After the CCP came to power, they did not reward Ge for his duplicitous actions on their behalf. He was merely considered a “non-Party personage.”

In May 1957, during the Campaign for the Free Airing of Views, Ge was working as a lecturer at the People’s University of China. At a teacher’s meeting, he made the following statement to the CCP: “Don’t isolate yourself from the masses; don’t despise intellectuals; and don’t give special privileges to members of the party.” However, the People’s Daily newspaper falsified Ge’s statement by changing it to “Don’t despise intellectuals. If you mess up, the masses will kill you Communists and overthrow you.”

During the Anti-Rightist Movement that followed in June of the same year, Ge was accused of “acting as an agent of the Chiang Kai-shek bandits” and “publicly exhorting others to kill Communists and overthrow the people’s government.” He was arrested on December 24, 1957 at his home.

In June 1959, Ge was convicted of being a historical counterrevolutionary as well as an active counterrevolutionary and sentenced to life in prison. He served this sentence in a prison in Beijing until August 5, 1966, when he, together with over 500 others who had been accused of “major counterrevolutionary crimes,” were transferred to the Daqingyao Coal Mine in Datong, Shanxi Province. By that time, Ge had become an invalid who used crutches to walk and was incapable of useful labor; as a result, he was transferred to Shanxi’s Taiyuan No. 1 Prison after half a month.

In January 1975, after 17 years in prison, Ge Peiqi’s sentence was commuted to 18 years. In December of that year, the CCP extended an amnesty to most of its so-called “war criminals”—those who had been officials in the Republic of China. This included Ge, who was pardoned for having held the rank of Major General.

In July 1979, Ge appealed to the Supreme People’s Court demanding redress. In December, the Supreme People’s Court in Beijing declared “Ge Peiqi was wrongfully convicted.” In April 1980, Ge made a direct appeal to Hu Yaobang, General Secretary of the CCP, about his case. Six years later, in February 1986, the authorities acknowledged that the decision to label Ge as a Rightist had been done in error. Ge Peiqi was finally vindicated, but it had taken decades.