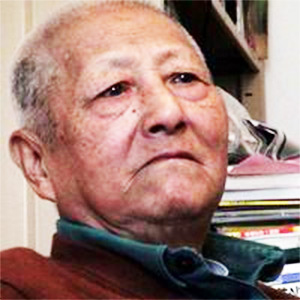 Date(s) of Arrest:
November 1959
Prison Terms:
None, 20 years in the Laogai system
Charges:
Rightist
Crime:
None

Gan Cui joined the PLA in 1949 and attended People’s University to study journalism in 1955. He was labeled as a Rightist in 1958 and expelled from the CCP. While working in the Resource Center for the Department of Journalism as part of his punishment, he came to know Lin Zhao, a Rightist student from Beijing University, with whom he developed a romantic relationship. During the job assignment period in 1959, Gan requested to be assigned to the same place with Lin Zhao. Instead, he was sent to the Talimu Fourth Farm Laogai camp of the second division of the Xinjiang Production and Construction Corps in 1959. In 1979, he was exonerated and returned to Beijing.

His memoir about his life in Laogai, titled In Memory of Lin Zhao, was published by Laogai Research Foundation in 2009.