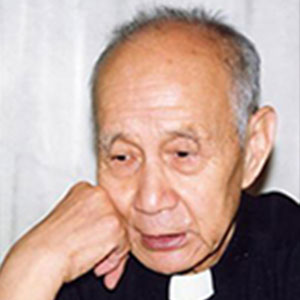 Cai was first imprisoned in 1953 for rebuking the government's calls to denounce the Catholic Church. He then refused to encourage other Catholics to join the officially sanctioned "Patriotic Catholic Church" in exchange for lenience on his sentence.

In 1981, Cai received an additional 10-year sentence for being visited in a forced job placement camp by a priest from Shanghai. After his release in 1988, Cai emigrated to the United States in 1989, where he testified in Congress about religious freedom.