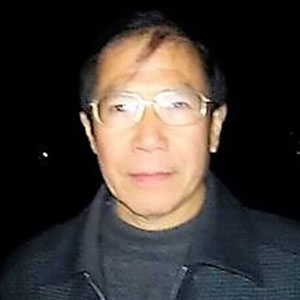 Qin Yongmin was one of the founders of China’s Democratic Party. He served as the editor of the pro-democracy magazine The Bell in late 1970s. In 1980, he participated in the founding of China's Democratic Party. He was arrested in 1981 and sentenced to eight years in prison the following year. He was released in 1989.

In 1993, Qin helped draft the Peace Charter, calling for the exoneration of victims of the 1989 Democratic Movement and the release of all political prisoners. For this, Qin was charged with disturbing social order and sentenced to two years in Laojiao.

In 1998, he founded the China Human Rights Watch Journal and publicly established the Democratic Party's Hubei Branch. In 1998, he was arrested for the third time and sentenced to 12 years in prison for subversion. He served his sentence in full and was released in November 2010.

In January 2015, he was arrested for the fourth time for organizing “Rose Team,” a civil rights advocacy group and other human rights activities. He was sentenced to 13 years in prison for subversion in 2018.