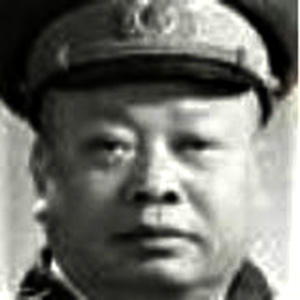 Ni Bi, a native of Jiangdu County in Jiangsu Province, was an officer in the Republic of China’s military. In 1924, he was a student of the very first class at the new Huangpu Military Academy. In 1926, he participated in the Northern Expedition as the leader of the 2nd Regiment of the 1st Division of the 1st Army.

When the Second Sino-Japanese War ended in 1945, Ni was awarded the rank of Lieutenant General. He retired from the military the following year and was elected to the National Assembly in 1948. In 1949, he was elected as a Supervisory Committee Member of the First Supervisory Committee of the Republic of China. Soon afterwards, Ni and the other committee members changed their allegiance to the CCP. As one of the “defecting generals” of the Republic of China, Ni was at first treated favorably. He became a teacher at Tsinghua High School and a member of the Zhenjiang Chinese People’s Political Consultative Conference.

In 1958, Ni was arrested during the second round of the Campaign to Suppress Counterrevolutionaries launched by the Zhenjiang authorities. The pretext for his arrest was that when Ni was chief of the Ganzou police in Jiangxi Province, he had ordered the arrest of Chen Zanxian, who was the leader of the CCP’s Jiangxi Provincial Federation of Trade Unions. Chen had been killed while in prison, and the Zhenjiang authorities accused Ni of being the one responsible for this. As a result, Ni was sentenced to death. He was transferred to Ganzhou and executed on July 31, 1958.