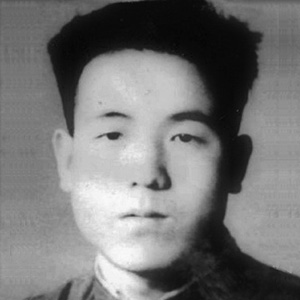 In the spring of 1958, Lanzhou University sent 39 accused Rightists to Wushan and Tianshui Counties for reform through labor. These accused Rightists bore witness to the beginnings of the Great Famine in 1959 and watched as nearly one-third of the farmers in the surrounding villages starved to death. Zhang Chunyuan, a history student who had fought in the People’s Volunteer Army during the Korean War, proposed to his compatriots that they publish a journal. The content featured in the first issue of this journal, named Spark (Sparkfire), included a poem by Lin Zhao, a former Peking University student, and one article praising Marshal Peng Dehuai who was purged by Mao for his position on the Great Famine, as well as an article that stated: “The reason why the countryside is starving is because of Mao’s People’s Communes and the Great Leap Forward. The Communist Party has failed us, and a revolution is at hand.”

Zhang Chunyuan was arrested in July, and his identity was exposed in September. On September 30, all the accused Rightists of Lanzhou University in Wushan and Tianshui were arrested together alongside about ten local peasants who supported them. Lin Zhao, who was in Suzhou, was also arrested.

Prior to all of this, some of the authors and contributors of Spark (Sparkfire) had been in contact with Du Yinghua to exchange ideas. Du discovered that his perspectives on the Great Famine were largely consistent with theirs, which proved to be his undoing. In February 1961, Du was arrested and sentenced to five years in prison. He served this sentence at the Third Gansu Provincial Prison in Tianshui City. Upon the completion of his sentence, Du was not released but instead compelled to accept forced job placement in the prison as a worker.

In 1970, the prison authorities accused Zhang Chunyuan, who had been sentenced to life in prison, of conspiring to escape and accused Du, who continued to work at the prison against his will, of passing information to the outside on behalf of Zhang. Both were sentenced to death.

At the March 22 mass sentencing struggle session in Lanzhou City, over a dozen accused active counterrevolutionaries had their sentences of immediate execution announced to them. Among them was Du Yinghua. He and the other victims were paraded around the city in a truck and pilloried by the almost one million participants lining the streets of Lanzhou City before being brought to Jiaojia Bay and executed.

10 years later, in March 1980, the 39 accused Rightists of the “Lanzhou University counterrevolutionary clique” were exonerated, and Du Yinghua was posthumously politically rehabilitated.