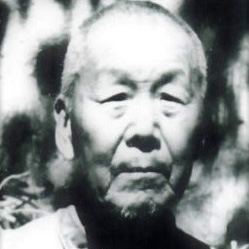 Zhang Hezhi, a native of Gongxian in Henan Province, was the principal of Gongxian Xinxin High School. After the CCP took power in 1949, Zhang was first idled and then went to teach at the Beijing College of Agricultural Mechanization. He would eventually come to preside over the Department of Biology at Xinxiang Teachers College.

In 1945, an underground Communist Party agent at Zhang’s school was arrested and executed by the Republic of China government because someone had informed on him. After taking power, the CCP investigated the case in 1956 and had the alleged informant arrested and executed. Because he was the school’s principal, Zhang was also arrested and sentenced to 10 years in prison. Upon review, his sentence was instead changed to probation, demotion at work, a reduction in salary, and being a proscribed person within his profession.

During the Campaign for the Free Airing of Views in 1957, Zhang called for his case to be reopened, the judgment that had been imposed upon him to be vacated, and his rank and salary to be restored. As a result, he was charged with “disputing the verdict of a settled case.” In 1958, he was sentenced by the court of Xinxiang City to 10 years in prison for counterrevolutionary crimes.

In 1962, when Zhang was 67 years old, he was given permission to serve the remainder of his sentence outside of prison. Zhang was released to his home village, where he spent the rest of his life performing supervised labor. In 1985, seven years after his death, the authorities announced that Zhang's remarks in 1957 "did not constitute a crime" and posthumously exonerated him.