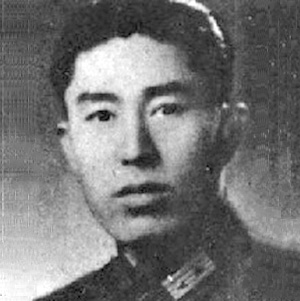 Date(s) of Arrest:
December 1950
Prison Terms:
Death penalty
Charges:
Historical counterrevolutionary
Crime:
Fought on the side of the Republic of China during the Chinese Civil War

Wu Tinglin, a native of Yichuan County in Henan Province, was an officer in the Republic of China’s military. In 1939, he became the commander of the 15th Army Group and participated in numerous battles against Japan. In May 1944, as part of Operation Ichi-Go, the Imperial Japanese Army invaded Zhengzhou and besieged Luoyang with 50,000 soldiers. Wu was defending Luoyang with 18,000 soldiers. Not only was he massively outnumbered, but the Japanese also held an enormous advantage in armored vehicles, artillery, and mechanized transport.

In the 21-day battle that followed, Wu’s men inflicted 20,000 casualties on the Japanese attackers. When their supplies were finally exhausted, Wu led his remaining 2,100 soldiers to break through the Japanese lines and escape the siege. In the aftermath of the battle, the commander of the 1st Military Region commended the officers and soldiers of the 15th Army Group for their defense of the nation.

When Chinese Civil War began in 1946, Wu served as the divisional commander of the Republic of China’s 15th Division. He was captured by the Communists in November 1947 in Xia County, Henan Province.

After being held in prison for five years, in December 1952, Wu was dragged out to the banks of the Luo River on the outskirts of Luoyang, where he had distinguished himself in battle against the Japanese eight years prior, and then shot dead. His corpse was torn apart by wild dogs because none dared to collect it, for fear of reprisal by the authorities.