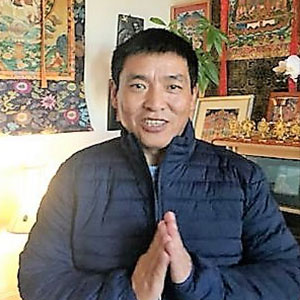 Dhondup Wangchen had just completed filming an extensive series of interviews with Tibetans when he was arrested in March 2008. He sought to capture Tibetans' true feelings on the upcoming Olympics and Chinese occupation of Tibet.

Wangchen was finally sentenced to Xichuan Prison in December 2009. He has been brutally tortured while imprisoned and contracted Hepatitis B due to the inhumane conditions he endured.

His film, Leaving Fear Behind, was smuggled successfully out of Tibet and has been screened in more than thirty countries.