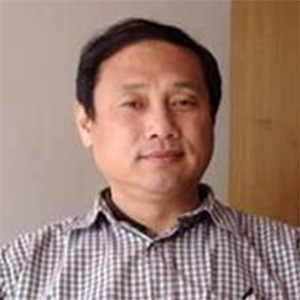 Wang Juntao, born in Beijing, was a 17-year-old high school student when protests against the authorities erupted in April 1976. He participated in these protests by organizing two class trips to Tiananmen Square and posting poems, for which he was jailed for seven months.

In May 1989, Wang, who was now deputy editor-in-chief of the journal Economics Weekly, joined the Tiananmen Democracy Movement and participated in the "Patriotic and Constitutional Joint Conference of People from All Circles in the Capital."

After the massacre on June 4, the CCP accused Wang of being one of the “masterminds” behind the protests and “a major criminal who had incited, organized, and led counterrevolutionary riots.”

Wang was first wanted and then arrested in October following a massive manhunt. In February 1991, the Beijing authorities sentenced him to 13 years in prison.

Through the intercession of the international community, the CCP agreed to release Wang in April 1994 on the grounds of him “seeking medical treatment outside of the country.” He was taken directly from prison to the airport and put on a plane to the United States.

In 2006, Wang received his PhD in Political Science from Columbia University in the United States. All the while, he has continued in his work as a Chinese political dissident.