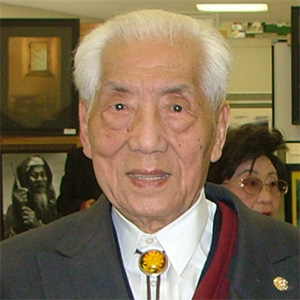 Date(s) of Arrest:
December 1949, March 1958
Prison Terms:
4 years, sentenced to 10 years, served 18 years: 22 years in total
Charges:
“Pro-American, anti-Soviet ultra-Rightist,” “conspiring to overthrow the people’s government”
Crime:
Suggesting that the CCP adopt a policy of friendship rather than hostility towards the United States, replacing Russian language studies at college with English, and allowing the existence of non-governmental papers

Lu Keng, a native of Yunnan Province, was the Deputy Chief Editor of the Central Daily newspaper in the era of the Republic of China. In December 1949, after the Communist takeover, Lu was arrested at Kunming Airport in Yunnan after returning on a flight from Hong Kong. He was held in Kunming Prison until 1954.

In 1955, Premier Zhou Enlai instructed the Yunnan provincial authorities to consider Lu Keng as a “United Front personage” and to recruit him into the so-called United Front, with the result that Lu was hired as a member of the Yunnan Provincial Political Consultative Conference.

During the Campaign for the Free Airing of Views in 1957, Lu Keng was invited several times to speak out by the Secretary-General of the Provincial Political Consultative Conference. At a meeting of a thousand people convened by the authorities, he made three suggestions to the CCP: rapprochement with the United States, replacing Russian language study at universities with English, and allowing the existence of non-governmental newspapers. A few days later, the Yunnan Daily newspaper published Lu’s speech and condemned him as “an anti-CCP, anti-proletariat, and anti-socialist ultra-Rightist.”

In March 1958, Lu Keng was convicted of “conspiring to overthrow the people’s government” and sentenced to 10 years in prison. He served this sentence in various Laogai facilities, including a shoe factory, clothing factory, machinery factory, and paper factory. Upon the conclusion of his sentence, he was not released but instead compelled to accept a forced job placement at a prison factory facility and was denied freedom of movement.

In 1975, the CCP extended an amnesty to former officials of the Republic of China for which Lu qualified. After nearly 18 years of imprisonment, Lu was released in early 1976 and allowed to return home.