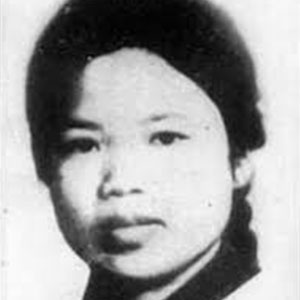 A native of Ganzhou, Jiangxi Province, Li Jiulian was detained in May 1969 for criticizing the Cultural Revolution in her diary. After Lin Biao's death, Li was released in 1972.

During the "Campaign of Criticizing Lin Biao and Confucius" in 1974, Li called for the reexamination of her case. She was soon secretly arrested, and in May 1975 she was sentenced to 15 years in prison. After the Cultural Revolution, Li protested against the authorities for their failure to exonerate her. In 1977, she was charged with counterrevolutionary activities and sentenced to death for criticizing Chairman Hua Guofeng when she was serving her prison time. Fearing she would shout slogans; the executioners nailed her tongue to her chin with a bamboo stick.